In the gaming industry, if you go and search for a particular genre of games, there are a number of games available for that selected category. Similarly, if you go and search for the best battle royale games to play then you will that there are plenty of battle royale games available. So it becomes quite confusing to select which game to play. So, in this article, we will tell you about the Best Battle Royal Games for Android.

What are Battle Royale Games?

Battle Royale Games comes under the category of action games. It consists of player either in team or individuals. In this type of games, players are dropped into a map where players have to survive by killing the players of other teams. The player or the team that manages to survive till the end is the winner. In order to survive in the game and to kill the opponents, there are various kinds of arms and ammunitions available in the game which the players have to collect. As the game progresses, the map starts to close as all the player have to gather in a very small area in order survive. Hence, this just increases the difficulty of the game.

The Best Battle Royale Games offer the best graphics that one would have ever played. They also contain interesting features and controls that forces every player to get fond of the game.

So if you are confused to select which are the best battle royale games or which is the battle royale game that you should play, then don’t worry. We are going to tell you about the Best Battle Royale Games for Android devices. This will surely clear all the doubts that are in your head now.

So here is the list of the Best Battle Royale Games for your Android devices: PlayerUnknown’s Battlegrounds also known as PUBG is the first-ever fully realized battle royale game in the mobile gaming industry. The game is developed by the South-Korean developer, Tencent Games. PUBG Mobile is one of the best battle royale games and the craze for this game is just beyond imagination. Unlike other games of its kind, PUBG is very much interesting and intense. The gameplay is just amazing that forces every player to play this game and again.

The last man or the last team standing in the game is the winner who is rewarded with the “Winner Winner Chicken Dinner” tag. The game has various maps and various kinds of playing modes available which the player can select according to his preference. So if you are looking for an action packed game then PUBG Mobile must be your first choice.

If you are not a PUBG lover or you want something new in the Battle Royale games then you must surely try the Call of Duty game. The game is developed by Activision Publishing Inc. The game offers HD quality gaming console with customizable controls, voice and text chat, and thrilling 3D graphics and sound. COD has some interesting features like its Gulag which offers you a second chance and its alternative modes that see you scramble to collect money instead of kills which makes the game quite exciting to play.

There are iconic multiplayer maps where 100 players battle out in order to survive and win the game. So install the game and don’t miss out the fun of playing one of the Best Battle Royale Games 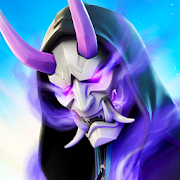 Being one of the best alternative to PUBG Mobile, Fortnite: Battle Royale is an exceptional game which is hard to ignore for your smartphone devices. The biggest advantage of Fortnite is that the game is updated constantly with new content, themes, and changes to the expanding meta of Fortnite lore. A new exciting concept is introduced in the game every two weeks so the players find new things regularly which doesn’t make them bored while playing the game. The game is completely free but it contains in-app purchases.

The concept of the game is just similar to other battle royale games. You have to run around the Fortnite’s map and kill the opponents in the game in or to survive. Meanwhile to kill the opponents, you have to collect various arms and ammunition that will help you to protect from your rivals. Garena Free Fire is also one of the best battle royale games developed by Indian developers Garena. In this game, players battle out with each other in an arena collecting weapons and knocking out opponents in order to survive until they are the last man standing in the game.

Free Fire is a game where the players are brought to an isolated island by a mysterious organization called ‘FF’. They are told that only one person can remain alive and only he can leave the island. So to win the game and stay alive in the game the players need to kill every other player. Free Fire has many interesting features that force players to remain connected with the game. 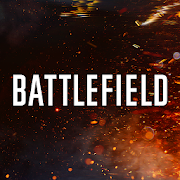 Unlike PUBG and Fortnite, Battlefield is an engrossing battle royale game that is very much popular for its attention, detailing, and care. The game is developed by ELECTRONIC ARTS (EA). The game received immense popularity that it managed to reach a player base of 25 million just within a week. Battlefield Companion is the biggest asset of ELECTRONIC ARTS.

The game brings fantastic updates with new seasons every year and the biggest plus point is the gameplay of the game. Battlefield has very simple and fluid gameplay, causing not much trouble for the new players.]

So these were the Best Battle Royale Games for Android smartphones. If you think that we have missed out on any game that should have made it in list then let us know in the comment section below. Meanwhile, you just need to install the best battle royale games in your smartphone and have fun.

Top 5 Best Hunting Games For Android Worth Playing in 2020