Because of the increasing GSM popularity, CDMA SIM subscription has fade off. But for the CDMA SIM subscribers there are very few smartphone options. Considering every GSM + CDMA handset, Above Android team has listed down  3 Best GSM + CDMA Android Phones in India for 2016.

Recently launched Honor Holly 2 Plus is very budget friendly phone. Its the only phone with 4000 mAh battery under GSM + CDMA category. Also 5.0 inches display is easy to handle with one hand. It has 2 GB ram and 16 GB inbuilt storage which is expandable upto 128 GB. Holly 2 Plus comes with Quad-core 1.3 GHz Cortex-A53 processor. Picture quality is okay with 13 megapixel primary & 5 megapixel secondary camera. This CDMA android phone is priced around Rs 8,500.

This phone is considered best CDMA android phone in terms of specification. Desire 826 runs on snapdragon 615 with 2 GB of RAM. Display is 5.5 inches with Super LCD 3 capacitive touchscreen, 16M colors. Image quality is impressive, it has 13 MP primary and 4 MP secondary camera. HTC Desire 826 dual SIM has non-removable 2600 mAh battery, which is low compare to Honor Holly 2 plus. 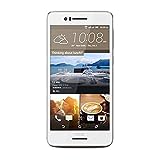 We at above android hope this post about Best GSM + CDMA Android Phones in India helped you to find perfect CDMA phone. Please do let us know if you have any questions, queries or suggestion about this post. Use below comment box to express your views also don’t forget to share this GSM + CDMA phones list on social media.