China-based smartphone company Xiaomi has launched Redmi Y2 smartphone in India at the event held in New Delhi. It is the second selfie-centric smartphone from the company in Redmi Y series. Redmi Y2 is the successor to last year’s Redmi Y1. The main highlight of this smartphone is that it comes with dual 12MP + 5MP rear camera setup along with 16MP front camera which is capable of Face Unlock feature.

Similar to Redmi Note 5 and Note 5 Pro, the back panel has plastic unibody design along with metal finish. At the rear panel, you can see vertically placed Dual rear camera setup along with a Fingerprint sensor and Mi logo which gives premium look to your smartphone.

At the edges of the phone, you will see volume and power button the right side. Whereas on the left side, the phone has dual sim tray option along with dedicated microSD card slot. However, at the bottom of the phone, it has 3.5mm headphone jack which is paired with a micro USB port.

Redmi Y2 sports a 5.99-inch HD+ LCD display which is coupled with 18:9 aspect ratio and resolution of 1440 x 720 pixels. The screen offers good readability option under direct sunlight along with best viewing angles which can be used for better visual experience while watching HD videos or playing games.

However, both the rear & front camera supports portrait mode. As per the Xiaomi report, the portrait selfies with multiple people suffer from poor blurring around the edges. While the portrait shot which is clicked by a rear camera is good enough as compare to selfie one. Like other Xiaomi phones, it has the same camera feature which includes Geo-tagging, touch focus, face detection, panorama, and HDR.

The Redmi Y2 is powered by Qualcomm MSM8953 Snapdragon 625 processor which is paired with 3GB / 4GB of RAM. Also, the phone comes with Adreno 506 GPU which allows you to play a hardcore game without affecting the performance. Moreover, the Redmi Y2 also support for lag-free multitasking which is good enough at this price range.

The phone comes in two storage variant, one which has 32GB of Internal Storage and other has 64GB of internal storage. Further, the storage can be expanded up to 256GB

However, the device runs an Android 8.1 Oreo out of the box along with MIUI 9.5 on the top of it which is the custom UI from the company.

The smartphone packs non-removable Li-Ion 3,080mAh battery which can last throughout the day with moderate usage. Talking about the connectivity of the phone, it supports dual sim along with Bluetooth 4.2, GPS, Wi-Fi 802.11 b/g/n, and micro USB 2.0 port.

The Phone is available in two configurations, one with 3GB RAM + 32GB Internal Storage which is priced at Rs. 9,999. Whereas, the other comes with 4GB RAM + 64GB Internal Storage that is priced at Rs. 13,999. However, the phone will be available via Amazon India, Mi.com and Mi Home stores starting from June 12. Xiaomi’s Redmi Y2 comes in three color variants which include Dark Grey, Gold, and Rose Gold.

Moving towards the launch offers, it includes Rs. 500 instant discount on ICICI bank credit or debit card-holders. Whereas, Airtel is offering Rs. 1,800 instant cashback along with 240GB free data for the Redmi Y2 buyers.

What do you think about Redmi Y2 smartphone? Do use this smartphone and let us know your feedback in our comment section below. 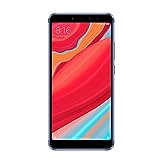