Fitness bands are not trending in the current market and it will need more time to embrace this product. Currently, Apple is on the top of the smartwatch lineup, but there are several other brands that are also making their way into fitness bands. Xiaomi is one of the leading fitness band manufacturers for a long time. Mi Band 3 is the most selling fitness tracker which is also having a touchscreen in the affordable price range.

Later on, this device got an upgrade as Mi Smart Band 4, it is having a color display and it is one of the biggest competitors against the newly launched Honor Band 5. Both of these fitness bands are having similar features, but in this article, we will discuss in detail which will give you the best comparison between these two products. If you are interested in either of these fitness bands, then read the complete details before purchasing them. 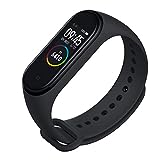 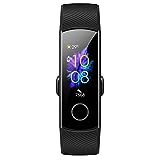 Honor Band 5 lets you set the features which include blood oxygen saturation monitoring using the latest sensor. The device can also let you take pictures on your smartphone just by tapping on the fitness band display. On the other hand, Mi Smart Band 4 will give you gesture control access just by swiping to access weather, heart rate monitoring, alarm, stopwatch, timer, music playback, training programs, sleep monitoring, silent mode and various other options which can be done related to the smartphone.

Both the fitness band devices will give you access to notifications from WhatsApp, you can also respond to them directly from the device. So basically, you don’t need to look up in the smartphone in order to access various notifications. Sadly, none of the fitness bands offers integrated GPS, so you need to use your smartphone in this case. Even though there is not much feature available in Mi Smart Band 4 regarding sleep monitoring, but it will allow you to monitor several sleep-related aspects. Initially, there are almost all the basic apps available on both devices. So, by comparison, both the devices are similar in this category.

The design of every fitness band is much similar to rounded design along with the home button. Not much has changed in the comparison, but now the home button is replaced with a flat round button. This particular design is available in Mi Smart Band 4, and it makes it much easier to put a screen protector on the device. Mi Smart Band 4 is bulky compared to the previous version of the fitness device. The straps equipped in the Mi Smart Band 4 is much similar to the previous version.

On the other hand, Honor Band 5 is the exact clone of Honor Band 4, and you will be unable to differentiate between them. The design is having flap rectangular shape in order to keep the tracker safe. This particular design is rather different compared to most of the fitness bands available in the market. Honor is bringing the competition to Mi Smart Band 4 by adding an entirely new sensor into the device. They have added the SpO2 sensor which is available in the Samsung Galaxy S Series devices.

With the help of this sensor, this fitness band can monitor oxygen levels in the blood which could be handy enough in several situations. If you are working in stressful conditions, or you are a climber and hypoxia patients then this sensor will definitely help you in various ways. There is a negative point in Honor Band 5, as it supports Bluetooth 4.0 which is the older and standard version. They could have gone for the latest and efficient Bluetooth 5.0 support just like in Mi Smart Band 4.

Both Mi Smart Band 4 and Honor Band 5 are having a similar display with a 0.95-inch AMOLED display with 240×120 pixels of resolution. You will get to see your home button in the display which basically enables the functions on the device. Both the device is protected by 2.5D tempered glass, as it can protect the device from scratches and fingerprints. According to Xiaomi, Mi Smart Band 4 can go up to 400 nits brightness as you can easily use it directly under the sunlight. This is basically the first color display introduced by Xiaomi into its fitness band.

This is the most important factor in any device, so you need to compare well before you get to choose any device. Initially, Mi Smart Band 4 is having a good battery backup as well as in each and every previous device. Mi Smart Band 4 is having a 135mAh battery, and according to Xiaomi, the device can have 20 days of battery life in a single charge. They have definitely upgraded their battery from 110mAh which was available in Mi Band 3.

Must Read: Xiaomi Mi Band 4 to launch in India on September 17

Huawei health app is being used in Honor Band 5, which is the neatest and clean app with a friendly user interface. Using the sensor, it can accurately track your steps as long as the device is attached to you. It can even accurately calculate the steps you take in a day. You can also compare the information weekly, monthly and yearly. You can also set up target steps that needed to be completed in a day, which would be a great workout for you to stay healthy. On the other hand, the Mi Fit app on Mi Smart Band 4 does not offer much functionality in step tracking.

It only calculates duration and distance covered throughout the day along with total amount of calories burnt. In Honor Band 5 it also tracks different activity and percentage of steps to of the day, so basically it can track the steps you are taking while running, walking or climbing. Which is one of the best features to accurately compare the daily activity. It also calculates minute by minute step monitoring using a bar graph in the device. But still, it does not give enough information about calories burnt throughout the entire steps taken. Mi Smart Band 4 can also so let you compare all the other users using similar devices. so that you can get to know about all the other users and their daily activities in percentage, which will be compared to you.

Honor Band 5 is having eight different sports mode which includes Huawei TruSleep feature. It is basically a flagship sleep monitoring program developed by Huawei. With the help of this feature, you can monitor sleep disorders, in return, it will also recommend various ways to improve them. So basically, it will give all the advanced features of the sleep monitoring system. On the other hand, Mi Smart Band 4 is having the ability to monitors sleep, but it will only provide you with the duration of sleep.

So, you can only get to know about you are having deep sleep or light sleep. No other advanced features such as recommendation for improvement of sleep is offered by this device. In this case Honor Band, 5 is definitely a clear winner, as it can track your sleep anytime. But Mi Smart Band 4 only tracks your sleep during the night time, which is rather disappointing.

There are various basic features available in the device which include heart rate sensor, alarm clock, pedometer and notification support. Honor Band 5 is equipped with an improved variant of sensors which includes heart rate monitoring. This feature can come handy while jogging or doing an intense workout. Real-time tracking can continuously track your heart rate but it frequently consumes daily life. Whereas Mi Smart Band 4 also monitors heart rate, but it does not perform well compared to Honor Band 5.

But still, due to the massive battery life in the device, it can monitor longer than Honor Band 5. Using native applications in both the devices both can accurately calculate the heart rate, and each and every monitoring is accurately done. You will also get to see the entire heart rate monitoring divided into various categories which will be much easier to be looked into the medical perspective. Honor Band 5 offers heart rate monitoring and comparison in a minute by minute along with data collection in various categories.

Vivo V9 Vs Oppo F7 Comparison : Which is the Best