If you know how to monetize your android app, then you can use your app as a source of income. Majority of people like to make a few dollars from their creative apps as extra money, while for others it is their full time income – they are extreme developer.

So this article is especially for those developers only. There are many way to monetize your android app but choosing the best out of them is not an easy task. Startapp is one of the most talked about startups in the Android industry. And why won\’t it be? In just over 1 year of its service, Startup appears on over 2.87% of apps present in the Google Play Store.

Startapp shares the revenue they earn from advertisers with their app developers. To do this, StartApp offers developers a choice between a revenue share model and a pay-per-download model. The revenue share model allows developers to get a percentage of the advertising revenue earned by StartApp. The popular pay-per-download model pays the developer each time a user downloads and installs an app with the StartApp SDK attached.

StartApp currently has a suite of three Google compliant SDKs: The Post Call Manager, the Search Box, and In-App.

This model is based on out-of-app SDK which is based on the popular pay-per-download model. This Model Provides user with basic and most frequently used functions such as: call back to the same person, make a calendar event with details, send an SMS to the last caller, send an email to last caller, and also search the web.

This is an out-of-app SDK like the Post Call Manager, and it is also based on the pay-per-download model. The Search Box gives users easy access points to StartApp’s mobile search platform, the leading independent search platform. This SDK also provides a slide in feature which have also adapted by Google Play Store in its new update, by using this slide in feature user can find a search bar which directly searches the web. This SDK also change to homepage of the browser to StartApp search Page. However user can change it again to its own homepage.

The In-App SDK is based on the revenue share model. This In-App SDK includes ads such as banner ads, exit ads, and interstitial ads. These ads are really very interesting and according to user’s activity which encourages the users to click on them and which eventually also increase the eCPM. The full page Exit ads, in addition to the App Wall, appear when a user exits an app using the “back” or “home” button on their phone. The interstitial ads can appear at any point in the user’s app experience, as directed by the developer.

StartApp developers also have the option to mix and match all three SDKs until they find a combination that works best from them and their users.

This was all about the developer and the StartApp SDK but StartApp have many more things to make richer. StartApp also have a strong referral program which could earn you up to $5000. The referral program is based on both app downloads and ad impressions as shown in the below chart.

It has been observed that developers with multiple apps on the market, developers that see a high number of apps downloads, and developers with apps that have a high usage (like games) can be very successful with the StartApp platform.

If you are an android developer and are not satisfied with the earnings you are making out of your apps, then you must give StartApp a try. If your app is downloaded in good numbers in the USA, then StartApp will make a very good choice for you. The variety of SDKs gives developers a lot of room to experiment and find the solution that works best for them. 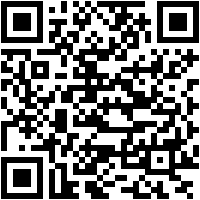 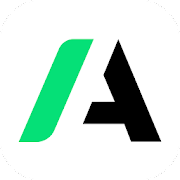