UIDAI (Unique Identification Authority of India) has launched today a new app called as mAadhaar. This app act as a mobile version of your Aadhaar card. The app mAadhaar is developed to provide an interface to Aadhaar Number Holders to carry their demographic information viz. Name, Date of Birth, Gender & Address along with photograph as linked with their Aadhaar Number in smart phones.

UIDAI has said that the app is currently in beta mode which means that users may encounter bugs and issues. Some of the services will only be applicable after subsequent updates, it added. The Government of India is taking very big steps to digitizing all the services. Recently they launched GST Rates Finder app, which got a good response form the citizen of India.

There are multiple feature of mAadhaar app, one of which is T-OTP. Time-based One-Time Password (T-OTP) is an automatically generated temporary password which can be used instead of SMS based OTP. This act as similar like Google Authenticator.

Users can update their profiles too but only after successful completion of the request. QR code facility and password protected eKYC data are some additional features provided in the app. To use the \”mAadhaar\” app, a registered mobile number is a must. In case your mobile number is not registered, visit the nearest Aadhaar Enrolment Centre/Mobile Update End Point. 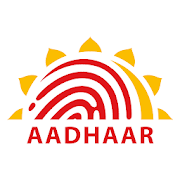 There are many myth about the security with the Aadhar System, Even there is a legal case going on the Supreme Court with respect of Right To Privacy. In respect to which UIDAI has said that Aadhaar enrolments are done only through customized software developed and provided by us. They also added that, At the time of enrolment itself, the captured data is encrypted and can\’t be read by anyone other than the UIDAI server.

Get Accurate Stock Market Tips with Above Stocks App