In this day and age of constant improvements in technology, we are getting more and more dependent on our devices. So much so, that we occasionally lose track of our physical world, due to the persistent involvement in our virtual and social lives!

In my previous post, I covered some applications which would be excellent to set and maintain goals through the New Year. In this article, I throw some light on an app which keeps count of how many minutes you’ve spent on your device and how many times you’ve unlocked it. Here, I take a look at the application ‘Instant Android App’, from Emberify – a startup based in India!

Before we even delve into the actual design and functionality of this app, let’s take a look at the concept behind it.

Instant Android App is created with a very simple motive in mind – we tend to spend a lot of time on our phones, and as a result we don’t really interact much with the people around us. This app aims at combating this specific loss of interaction, and nudges us back on track when we end up spending too much time on our devices.

The usage of bold colors everywhere, along with smooth transitions, makes the overall experience extremely soothing. Props to the design team at Emberify for implementing great aesthetics into Instant Android App!

This is where any application really makes a difference. Instant basically has a counter inbuilt into the algorithm, which keeps track of two things – how many minutes you’ve spent on your device, and how many times you’ve unlocked it.

It also keeps a track of how many minutes you’ve spent on your device over a few days – it’s handy if you’d like to keep track on your stats. Alternatively, you can also see these stats in the form of a graph. You can also share these stats with others if you want to.

You can also set an upper limit to your activities, and a reminder system constantly works behind the scenes to warn you when you’re going overboard. As another form of representation, the app showcases the percentage of the limit you’ve reached for a particular day.

Overall, I’m impressed. This app brings to the fore a new concept, and with a soothing design, it does stand out from the other run of the mill apps out there. It would be interesting to see further additions in functionality in the future. The Instant Android App is for free with No ads and No In-App purchases. All in all, Emberify has come out with a pretty great concept, and Instant Android App shows great promise! 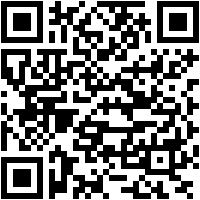 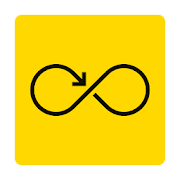