I have tried lots of app, themes, widgets as well as live wallpaper to make my home screen look awesomely blossom. I have got many such apps to fulfill my wish but the app which I am reviewing now stands out of the box when compared to others. The Holo Text Clock is simply amazing app.

Holo Text Clock displays a grid of letters, of that some are illuminated. Read out, they form a sentence describing the current time in five minute intervals, as an example it\’s five past ten. Four lights at all-time low indicate the minutes to be added to induce the precise time.

The clock is available in six languages: English, German, French, Spanish, Italian and Dutch. This app also have an amazing widget which is compatible to the screen of any size. There are various themes for the widget as specified above and the transparency of the widget also can be adjust with the options such as Fully Transparent , 75% , 50% , 25% or 0%.

There are two version of the app out of which one is paid and another is free. The Paid version is available at the cost of 1.49$ which has the feature such as Themes , Live wallpaper and the Daydream.The free as well as paid version have got more than 1000+ installation each. Download link for both of the version are given below. 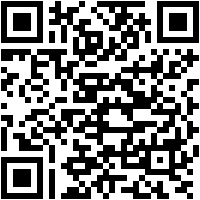 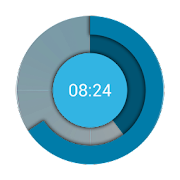