After the recent success of PayTM and Cashless India now the biggest Internet search engine is launching its own digital payments app in India. Google Tez app was launched this week in India. The app is aiming to cater an audience who are looking for digital payment transactions. Before Tez entered the Indian market, we had very popular apps such as PhonePe, PayTM, and NPCI_BHIM app, what makes Google Tez so unique and interesting? let’s take a look.

Google Tez app is a medium between two people, a sender, and a receiver. The difference between PayTM and Tez is that the PayTm is a digital wallet service and Tez isn’t. The selling point and the unique feature of Tez have to be its in-built Cash Mode, it can be used to send or receive money without the details of the recipient. There’s no need to add the receivers ID, Phone number or even scan the QR code. The app uses Audio QR, which uses ultrasonic sounds to exchange money. Basically, your phones gossip with each other.

Now you can split, or send some money to a friend in need without any problems. Tez will be launching for both Android and iOS devices and Google will be linking up with some of the major banks in India via UPI (Unified Payments Interface).

Google will not be collecting any fees for transactions using UPI, an update featuring Tez wallet and Card usage will be coming in the near future. Card transactions may come with a small transaction fee.

Tez supports, Axis, HDFC, ICICI, State Bank Of India and many other banks which support UPI transactions. Tez can also be used to pay for online services and food chains such as Domino’s, transport services like RedBus, Jet Airways and etc.

Google Tez doesn’t ask for Aadhar data as of now and there’s no support for verification of it. The feature may be added in future. Google Executives also stated that Aadhar Function is not yet compulsory on UPI platform and that they are exploring the  legal terms.

Tez requires a user to create a new Google Pin or use their screen lock password to get access to the app. A UPI pin is also necessary for each and every time you send a payment. One can send upto Rs. 50,000

Advertisement
in one transaction with the app.

Once you’ve logged into the app you may need to link your bank account to the app with your registered mobile number, for which you’ll need to keep your debit card on hand.

Google Tez is offering Rs.51 to its users if they invite a friend and they exchange money, it’s a launch day offer which is valid till April 1, 2018. You can invite as many people as you want. Also, for the first week from its launch, Google Tez will be sending you a scratch card for every payment made above Rs 50 and you can stand a chance to win Rs. 1Lakh.

Google Tez app has language support for English, Hindi, Tamil, Bengali, Gujrati, Kannada, Marathi and Telugu so that sending and receiving money will be hassle free. 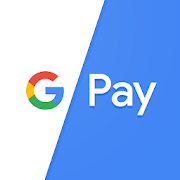