Loco app is a Live Trivia game show where you can get chance to win exciting cash prizes. The Loco app is one of the fastest growing apps in India and went live in December 2017. By the end of January, it touches more than 120,000 downloads on Google Play Store. The app is now available in Hindi and English language but the loco team will soon launch in Telugu and Tamil language.

Loco app Founder and CEO, Abhishek Madhavan says that “We are seeing 10,000 daily downloads and have close to 30,000 concurrent users now. Over 80 percent of these users have come through referrals.” As per Abhishek, a lot of traffic coming from smaller towns and he expects Loco to cross “half a million downloads” in the coming months.

The app allows users to “invite” friends with referral codes, and later you can earn game lives when they sign up. The app performs 15 minutes live streamed quiz sessions each weekday and once in a weekend. It automatically generates a question from one topic to another. For example, the show began with a question about radius and later it test peoples knowledge about cricket.

As every quiz last for 15 minutes. Once all question asked, it displays the list of winners and the cash won by each user. For example, if the total cash prize is of Rs. 12,500 and there are 50 winners then Rs 250 is credited to Paytm account of each user. That means, more the players, less the reward money.

According to the report, the loco app has seen with rapid growth. Also, many players are logging on between 1:30 PM and 10:00 PM daily to play the game. If you want to play this game then you can directly download the Loco app from Google Play Store. Do try this app and let us know your feedback in our comment section below. 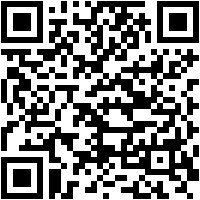 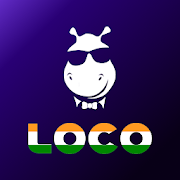 7 Reasons Why You Need To Start Investing In A Great...

ABOUT US
Above Android is an Android Blog which serves you with complete Android Dose. Know more about Apps, Games, Smartphones, Gadgets and everything about Android
Contact us: [email protected]
FOLLOW US
© Above Android 2020